The South Loop Games are Chicago's premiere fitness competition. The 2019 dates are--

Do you typically do the Open as prescribed every year?

Are you able to do gymnastics movements in conditioning workouts? Are you reasonably competent with the snatch and the clean & jerk? Would you like to test yourself against some of the better athletes in the area?

Then the Rx division is probably right for you.

Here are some suggested movements that you should be comfortable with in a workout:

**Please read the starred note below. These standards are guidelines and are not necessarily indicative of the actual events that will be tested.

Do you typically do the workouts at your gym as prescribed?

Do you have some capacity in gymnastics movements - but are potentially limited in skill or higher repetitions?

Do you have technical competency in barbell movements but sometimes struggle to hit the prescribed weights in competitive events?

Then the intermediate division is probably appropriate for you.

Here are some suggested movements that you should be comfortable with in a workout:

**Please note that these standards are suggestions and not necessarily indicative of the events that will be tested in the competition.

**A Note on the Suggested Standards**

Events often go through multiple iterations before being finalized, and we want to release suggested standards as early as possible to give people an idea of which division to register in.

As we test events, we may change both the movements and the weights that we are using.

There may be a discrepancy between the suggested movement standards and the actual tests at the event. We prefer to put the standards out early to give people an idea of what they should expect, with the caveat that they may change. If something is a little bit different than you expect, you will be fine.

There will be an Rx division and an Intermediate division.

Teams will be same sex teams of 3.

There will be an Rx division and an Intermediate division.

Where is the competition located?

What time will the competition run?

The schedule isn't yet finalized, but plan on roughly 8am-5pm.The final schedule will be sent out a few weeks before the event.

I'm "in between" two divisions. What should I do?

We recognize that there’s probably a lot of people who are “in between” divisions. As a coach, I would generally recommend that an athlete register for the higher level division in order to experience competing with more advanced competitors.

As a rule of thumb, I would say that you will probably be fine if there’s only one “dimension” that you’re worried about. If the weights are fine for you in intermediate but you have some concerns over the gymnastics, do intermediate. If you're fine with the gymnastics in Rx but are worried that the weights may be heavy, do Rx.

If you’re concerned about both the weights and the gymnastics in a division, do the lower division.

Can I come watch?

Spectators are encouraged - and admission is free.

Will the event run on time?

We've all been at the local competition that's supposed to end at 4:30pm and you're still there watching the finals at 7:30pm. Our competition has historically run on time, and we do have the schedule planned with transition times plotted out in a spreadsheet and a few spots to allow for "catch up" throughout the day if something goes wrong.

So, that is to say, "Yes, you can anticipate that we will run on time."

Where should I park?

Best thing to do is use the app SpotHero to grab a garage spot for the day. You can find great deals for all day parking on weekends within a few blocks of the gym.

Where should I eat?

Trader Joe's, Whole Foods and Mariano's are all reasonably close to the gym. Local restaurants that we enjoy are Flaco's Tacos, Poke Burrito, Amarit Thai, and Chicago Curry House. There's also a Chipotle a few blocks away.

I can no longer compete. Can I get a refund?

Due to the nature of running a live event, we can't offer refunds. We allocate money to things like prizes, staff, food, and equipment based upon the number of registrants, and allowing refunds makes it impossible to properly plan and budget. Registration is transferable, though, so feel free to manipulate, con, or charm a friend into taking your spot.

"I had never worked out. I didn't have a sports background.

I just started getting compliments all over the place."

There's no such thing as a perfect time, and you'll learn more and get more out of coming in to chat with one of our coaches than you will in hundreds of hours of continued research.

Besides, your first consult is on us. That way, you can find out if we are who we say we are (since we know lots of people have been burned by disingenuous marketing in the fitness industry in the past).

Come see what it's all about.

DON'T WAIT FOR THE PERFECT TIME TO GET STARTED. 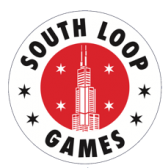